Don Felipe toured different laboratories and pilot plants, where researchers from the centre showed him various advances in sustainable materials and waste recycling and recovery technologies, as well as in intelligent transport and mobility and in the evaluation of exposure to pollutants.

His Majesty the King has visited today the research centre ITENE, where he has known first-hand “the good work” that the institute carries out and has recognized its “commitment to R&D&I” as “a magnificent exponent of innovation and progress of the Valencian Community”, as the monarch has highlighted in a later act.

King Felipe visited the institute, located in the Paterna Technology Park in Valencia, to learn about its R&D activities and the transfer of knowledge and technology to the packaging, transport and logistics sectors, including research into developing more sustainable materials and recycling technologies to facilitate the transition to a circular economy.

The King, who was accompanied during his visit by the Minister of Industry, Trade and Tourism, Reyes Maroto, and by the President of the Generalitat Valenciana, Ximo Puig, was received, on behalf of ITENE, by the President, Pedro Ballester.

In the meeting, the Managing Director, Javier Zabaleta, briefly explained the evolution and current research lines of the centre, focused on the development of new sustainable and advanced materials, recycling and waste recovery technologies, solutions for sustainable logistics and smart mobility, and assessment of exposure to pollutants and air quality monitoring.

The monarch was also able to talk to the members of the Board of Directors, which brings together the public and private sectors and is made up of four representatives of the General Directorates of the Generalitat Valenciana, business associations and leading companies in the fields of packaging, mass consumption, transport and distribution.

After the meeting, Don Felipe toured several laboratories and pilot plants, during which he talked with several ITENE researchers, who explained the technological capabilities of the centre, as well as the challenges and solutions that are addressed in various R&D projects carried out by the institute.

Among them is AGROMATTER, a CERVERA network of excellence, funded by the CDTI, dedicated to obtaining biomaterials through the valorisation of agricultural waste. Also in the field of circular economy, Don Felipe has been able to learn how new processes are being applied to enzymatically recycle plastics that are currently not recyclable, processes that are being developed in the European project ENZYCLE, coordinated by ITENE and involving 13 partners.

In the area of sustainable logistics and intelligent mobility, he visited the transport simulation centre, where simulation tests are carried out on the basis of previously characterised routes, which allows improving sustainability and efficiency in the distribution of goods (MODELROAD project, supported by IVACE). Likewise, the monarch visited the laboratories where efficiency tests of masks are carried out and observed devices and biosensors (VIRISENS and BESAFE projects, supported by IVACE) that allow the detection and monitoring of pathogens in air, surfaces and water, including the detection of the virus that causes COVID-19.

At the end of the visit, Don Felipe took a photograph with all the ITENE staff, composed of more than 180 people, with an average age of 38 years and a high level of training -three quarters have a master’s degree or a doctorate in their speciality-, of which more than 120 are researchers and R&D&I technicians and more than 30 are professionals dedicated to promote innovation projects with companies. Likewise, women and men are equally represented at all levels of responsibility.

The visit was also attended by the Government Delegate in the Valencia Region, Gloria Calero; the Minister for Sustainable Economy, Productive Sectors, Trade and Employment, Rafael Climent; the Minister for Innovation, Universities, Science and Digital Society, Carolina Pascual; and the Mayor of Paterna, Juan Antonio Sagredo.

This visit is the result of an invitation extended to the Royal House for the monarch to preside over the 25th anniversary of ITENE in 2020, which finally did not take place due to the outbreak of the pandemic.

Founded in 1994, ITENE develops an intense research activity through R&D projects (375 carried out between 2018 and 2021 alone) and also offers consultancy and innovation services (1,037 in the same period), testing (2,357) and training. The centre currently has more than 3,000 m2 dedicated to laboratories and pilot plants. In addition, it is extending its current headquarters by 1,100 m2, which will house equipment for technology demonstration and showrooms, and has acquired a plot of land opposite the headquarters where a new 1,928 m2 building will be constructed, which will be used for industrial pre-scaling projects. 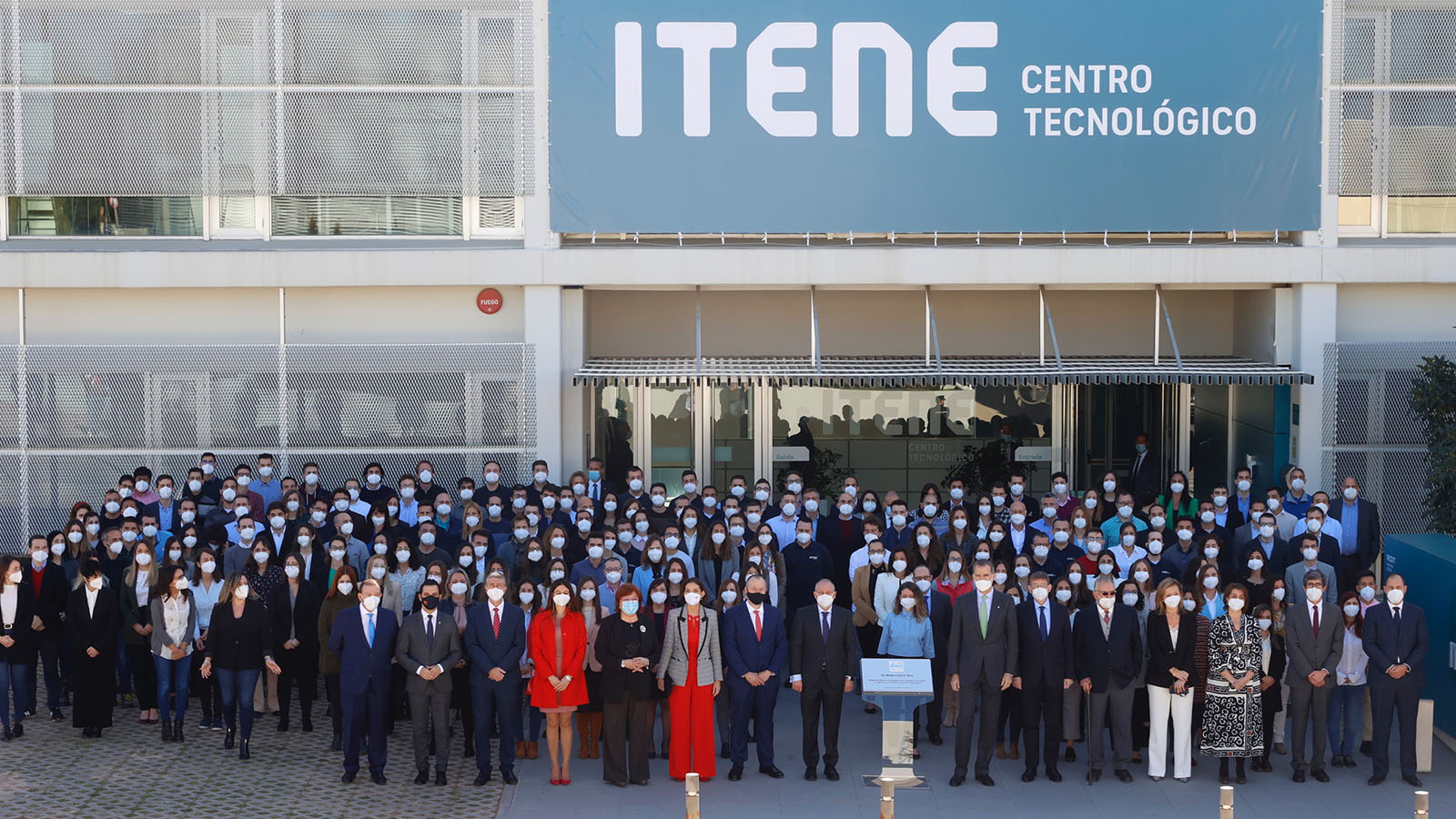 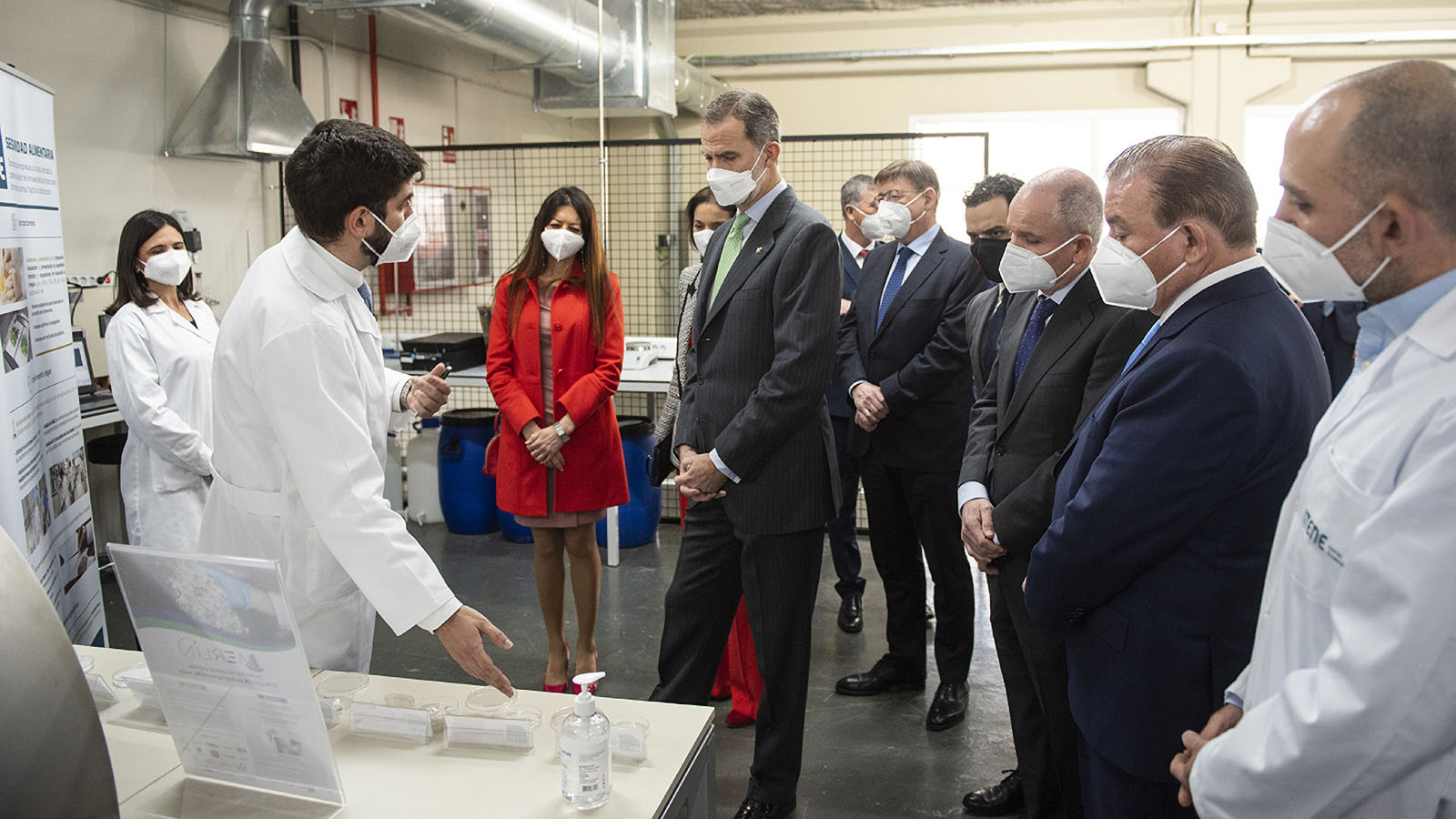 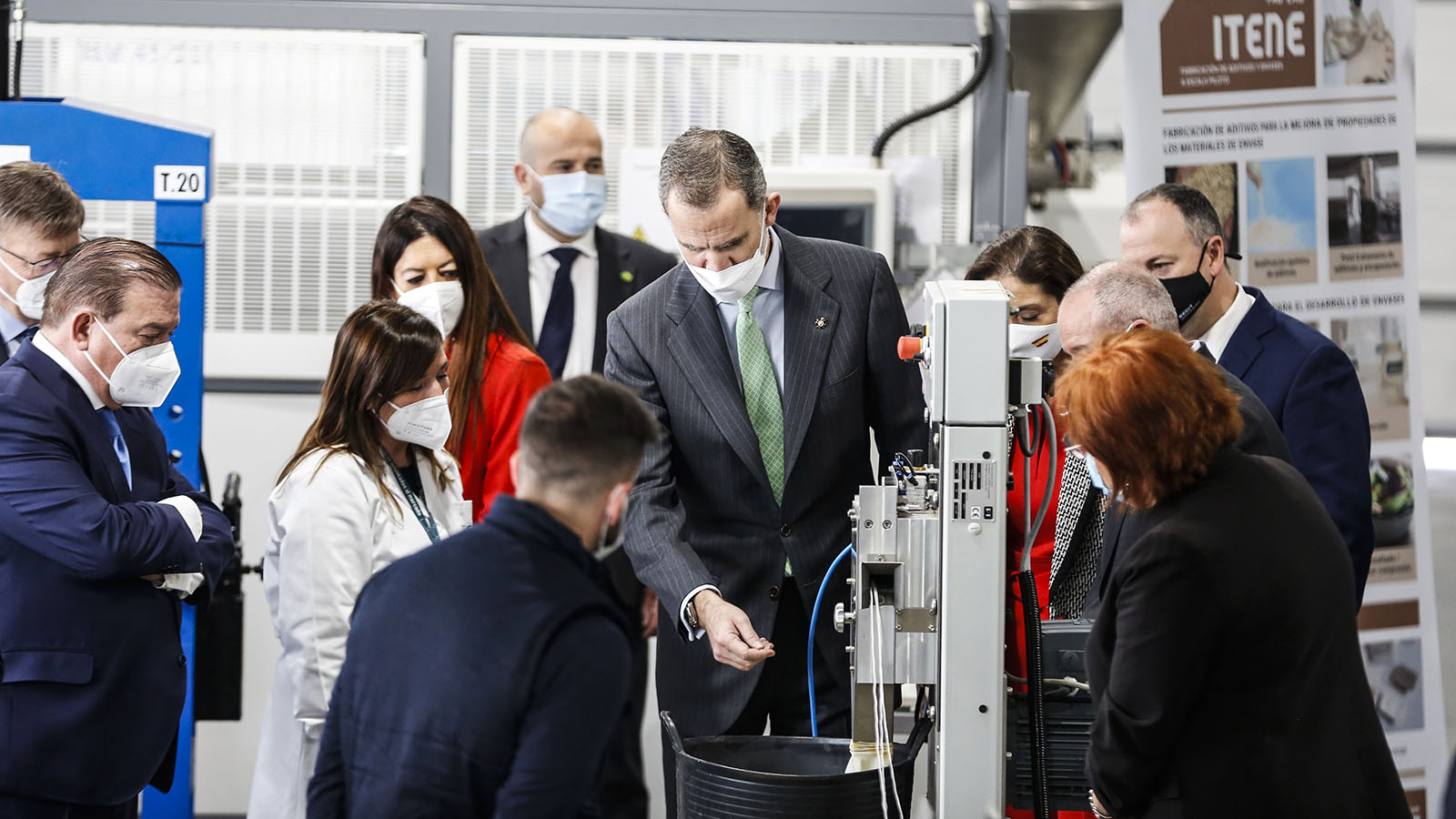